Universal Companies is a non-profit education management and development organization formed under the efforts and direction of Kenneth Gamble, world-renowned music writer, producer and founder and CEO of Philadelphia International Records. Mr. Gamble has been credited for being a pioneer in the development of soul/rhythm and blues music in America. Since 1960, Mr. Gamble has written, produced, and recorded more than 3,000 songs performed by numerous artists and is credited as the creator of “The Sound of Philadelphia (TSOP).”

Since its inception in 1993, Universal has built the capacity to challenge and reverse the effects of urban decline, which include: economic and social disinvestments; poor quality housing; lack of job opportunities; high crime levels; poor quality of education, and an overall poor quality of life. 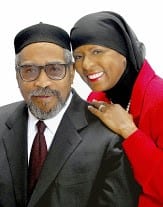 Message from the Chairman

“We cannot control the color of our skin, the family we are born to, or our nationality. We cannot control life nor can we control death. This is why we focus on the things that we can control: quality of life, ignorance, and poverty. These are the things that impact our lives. Universal Companies has developed its mission around finding solutions to the problems that continue to devastate our neighborhoods, our communities, our cities, and our country.”
~ Mr. Kenneth Gamble